It writes itself.
The best part about the Wings winning last night is that we don't have to wait 4 months for the Stanley Cup Final to start.
Game 1 is Saturday night. Game 2 is Sunday night. God help us all.
From the Pens perspective, the series can't start soon enough. Niklas Lidstrom and Pavel Datsyuk are major cogs in the Red Wing wheel. For those guys to take the last two games of the Conference Finals off, you know they are hurting.
The Pens, by all accounts are healthy heading into the Finals.
Everything that needs to be said has already been said (Does that make sense?).
The big storyline is Marian Hossa. Penguins fans are pissed at him. Call him a traitor. But look. Here are the Penguins back in the Finals, and they did it without him. Not to mention, if Hossa would have signed in Pittsburgh, the Pens salary cap situation would be a mess.
I'm not one of the bitter Penguins fans who hold a grudge against Hossa. Having said that, there would be nothing sweeter than watching him lose again. 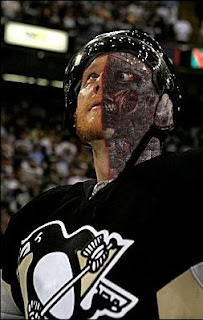 I have a lot of good friends who root for Detroit. I wish Stevie Y and Mario were around to battle in this, and last year's series. That would make it even sweeter.

Everybody believes the Pens are a lot more prepared to face the Big Red Machine this year. The fact remains that the Big Red Machine is still a well-oiled powerhouse. This series is going to be great. No prediction from me. Yet. Just more photoshops. (If you have any pro-Wing shops, be sure the send them my way. Just to show i'm not prejudiced). 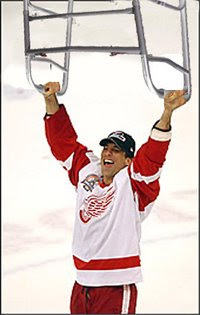 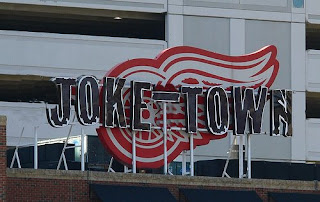 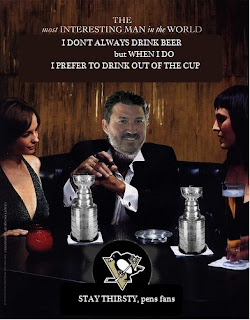