The Mets are 09's biggest disappointment 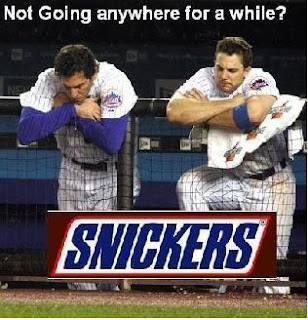 To a lesser extent, the New York Mets are ALMOST supposed to be mentioned in the same breath as the New York Yankees or Boston Red Sox, by that they are a team one expects to contend year in and year out.

And by "contend", I mean "have a solid season until September, and then choke."

Well this season, the Mets got the sucking out of the way early.

Going into Sunday, The Mets were 57-66, good enough for 4th in the N.L. East, and a whopping 14.5 games back of division leader Philadelphia.  Forget the Wild Card too, Colorado is 12 games clear of the hapless Mets.

So what went wrong?

Well, a lot of things.  First and foremost, they have been without Jose Reyes for most part of the season.  You don't replace a five-tool franchise player like that.  The same can be said about Carlos Beltran, who has played in only 62 games in 2009.  I'd throw Carlos Delgado in there as well, but at this stage of his career, I'm not sure what the Mets expected from him.

Then again, the elder statesman in the lineup, Gary Sheffield, leads the team in homeruns.  With ten.  Yes, thats right.  Ten homeruns leads a major league ball club at the end of August.

Speaking of underachieving, it is safe to say that the organization expected a bit more from Francisco Rodriguez in his first season with the club.

He hasn't been awful, but he hasn't been the dominant closer the Mets had hoped he would be for them.  He has 27 saves and 5 blown saves, but many of his appearances have been jam-packed, literally.  The Mets expected K-Rod to be lights out, and he has been far from it this summer.

The rotation too, has been hobbled by injury.  John Maine, once thought to be a future ace, has pitched in only 11 games, and the team just got Oliver Perez, an enigma if nothinig else, back from the disabled list.  Ideally, Maine and Perez may fall in line behind Johan Santana and Mike Pelfrey, but the truth is that when healthy this year, you never know which of the latters would show up.

Its been a turbulent year both on and off the field for Omar Minaya and his ball club.  Even their new home, Citi Field has draw some ire from fans and critics alike.